Glyphs are the reworked version of Angelic Orbs. While Angelic Orbs allowed for more character customization and power, glyphs add onto that powerphantasy with increased variety of effects, upgrading and increased rarity! Similar to Angelic Orbs, Glyphs will soul-link to your character once equiped. This soul-link can be removed with a Scroll of Unbind and will set the remaining time to 7 days, regardless of the current time left.

First, visit [Glyph Master] Velron in flarine to buy a base stat Glyph of your choice. This Glyph can be upgraded and receive additional effects, but later more on that. 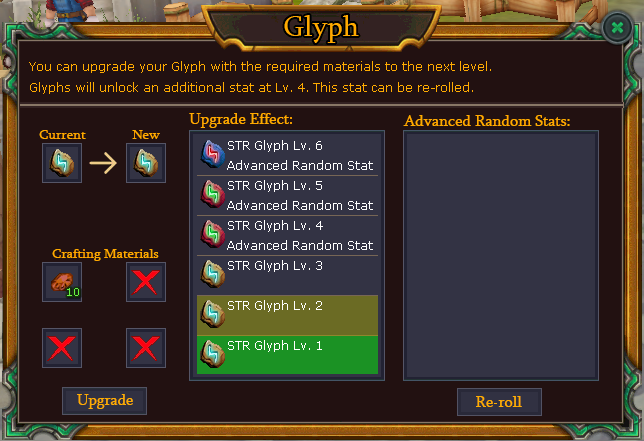 Drag The Glyph you want to craft with into the "current" slot. Doing so will reveal the required crafting materials, in green what your current Glyph level is, in yellow the next level and in the "new" slot what your new Glyph will be. 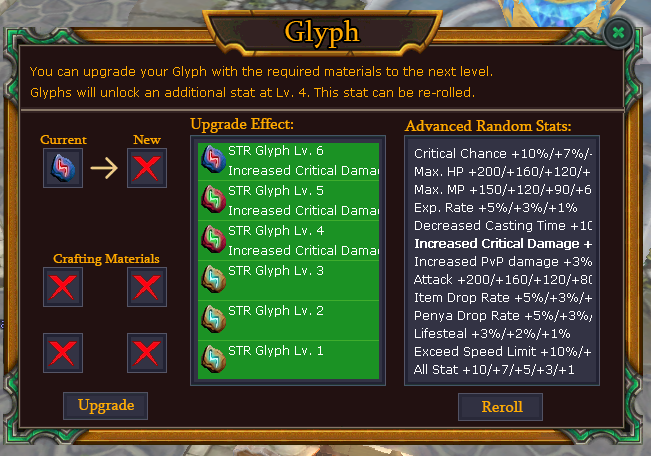 Each stat is in one of 3 rarity categories, normal, strange and unusual.

The rarity of the Advanced Stat will determine the 4th and final crafting & refill material, which can be found exclusively in their respective Rifts. 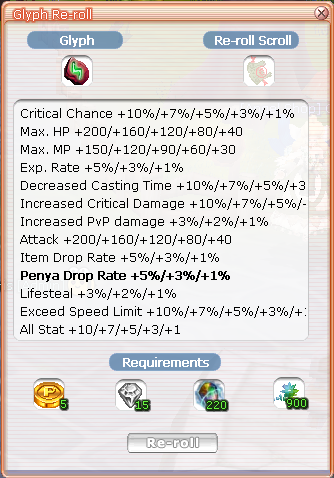 If you don't like the Advanced Stat the system gave you, you can Re-roll it and the range of it. Re-rolling cost never changes, so rolling a level 4 or level 6 Glyph results in the same outcome, allowing you to craft each Glyph with disregard for Re-rolling cost. However, if you are happy with your Advanced Stat but want to get a better range roll on it, you can guarantee that the stat effect won't change by using a Scroll of Glyph Re-roll, available in the Web Shop or [Glyph Master] Velron. 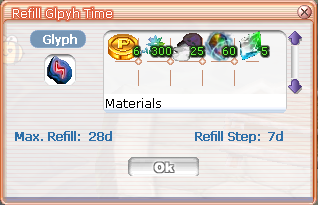 Once your time runs out, you can Refill the Glyph at Velron. The price for a Refill depends on the level and rarity of the Advanced Stat of the Glyph. A Glyph can be Refilled up until it reaches a max. duration of 28 days.